Freighter Travel was established in 1993 by two enthusiastic world travellers who saw a wonderful travel opportunity going largely unnoticed by the travelling public for lack of a professional promotion and booking agency.

Pooling experience and resources, the two seasoned adventurers created a company that specializes in booking travel for anyone, from anywhere, to anywhere via cargo carrying, ocean going vessels.

They started a register of passenger carrying cargo ships which now lists almost every such vessel and shipping line in the world and is the only known register of its kind. This allows them to provide a unique and worldwide service.

Now, via the Internet, it is possible for you to enquire about and arrange the adventure of a lifetime.

Hamish Jamieson has over 40 years experience in the tourism industry and has traveled extensively through every continent in the world. He was born in West Africa, and later traveled the continent from every direction. He lived, worked and traveled for several years in Europe, and has considerable experience traveling in the Middle East, India, Asia, the Far East, and North and South America.

As a P&O Lines and Princess Cruises purser he developed a love of the sea, and a desire to show everyone the joy of ocean travel.

Ask Hamish and he’ll tell you that at Freighter Travel they believe that the voyage is the adventure!

Graeme Etheridge has had a lifetime interest in shipping, and a marine engineering background that led to a number of voyages on passenger carrying cargo ships. Mixing with passengers who were obviously enjoying their close relationship with the day to day workings of a freighter led him to investigate ways of helping others to have the same experience. A meeting with Hamish Jamieson culminated in the formation of Freighter Travel. 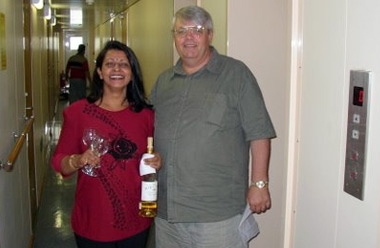 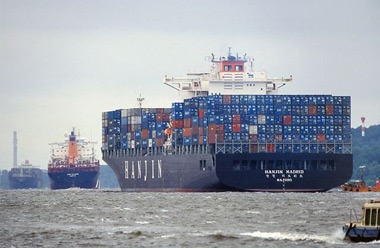